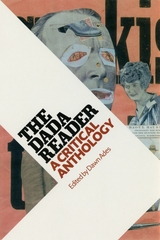 The revolutionary Dada movement, though short-lived, produced a vast amount of creative work in both art and literature during the years that followed World War I. Rejecting all social and artistic conventions, Dadaists went to the extremes of provocative behavior, creating “anti-art” pieces that ridiculed and questioned the very nature of creative endeavor. To understand their movement’s heady mix of anarchy and nihilism—combined with a lethal dash of humor—it’s essential to engage with the artists’ most important writings and manifestos. And that is is precisely where this reader comes in.

Bringing together key Dada texts, many of them translated into English for the first time, this volume immerses readers in some of the most famous (and infamous) periodicals of the time, from Hugo Ball’s Cabaret Voltaire and Francis Picabia’s 391 to Marcel Duchamp’s The Blind Man and Kurt Schwitters’s Merz. Published in Europe and the United States between 1916 and 1932, these journals constituted the movement’s lifeblood, communicating the desires and aspirations of the artists involved. In addition to providing the first representative selection of these texts, The Dada Reader also includes excerpts from many lesser-known American and Eastern European journals.

Compiled with both students and general readers in mind, this volume is necessary reading for anyone interested in one of the most dynamic and influential movements of the twentieth century.

Dawn Ades is director of the Centre for Studies of Surrealism and its Legacies and professor of art history and theory at the University of Essex.