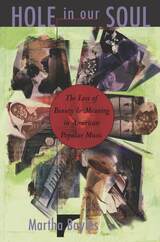 Bayles defends the tough, affirmative spirit of Afro-American music against the strain of artistic modernism she calls 'perverse.' She describes how perverse modernism was grafted onto popular music in the late 1960s, and argues that the result has been a cult of brutality and obscenity that is profoundly anti-musical.

Unlike other recent critics of popular music, Bayles does not blame the problem on commerce. She argues that culture shapes the market and not the other way around. Finding censorship of popular music "both a practical and a constitutional impossibility," Bayles insists that "an informed shift in public tastes may be our only hope of reversing the current malignant mood."
TABLE OF CONTENTS


Acknowledgments
Pt. 1: The Weird Music of the New World
1: Introduction
2: Why Music Is the Wild Card
3: The Three Strains of Modernism
4: The Obstacle of Race
5: The Taint of Commerce
6: Cubists and Squares: Jazz as Modernism
Pt. 2: From Rock 'n' Roll to Rock
7: The Strange Career of 1950s Rock 'n' Roll
8: Rock 'n' Rollers or Holy Rollers?
9: Reaction and Revitalization
10: Another Country Heard From
11: Blues, Blacks, and Brits
Pt. 3: Inspiration and Polarization
12: Words and Music: The Rise of the Counterculture
13: Art and Religion, 1960s Style
14: Hard Rock Becomes a Hard Place
15: Soul Loses Its Soul
Pt. 4: The Triumph of Perversity
16: Their Art Belongs to Dada
17: Punk: The Great Avant-Garde Swindle
18: High on High Tech
19: Rap: Trying to Make it Real (Compared to What?)
20: You Don't Miss Your Water (Till Your Well Runs Dry)
21: Coda: Escape from Postmodernism
Notes
Index