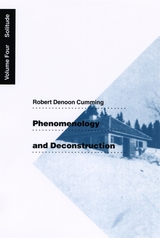 
Introduction: The Later Heidegger
The Path of Silence
1. The Misunderstanding
2. Myself in Communication
3. Who Is Heidegger?
4. Between Us
5. Impasse
The Dialogue with France
6. Background
7. Fragments
8. Action
Relinquishing Subjectivity
9. The Way of Thinking
10. Facts and Thoughts
Emancipation from the Contemporary
11. Actuality
12. Dialogue
Epilogue: And Today?
Notes
Works Cited
Index