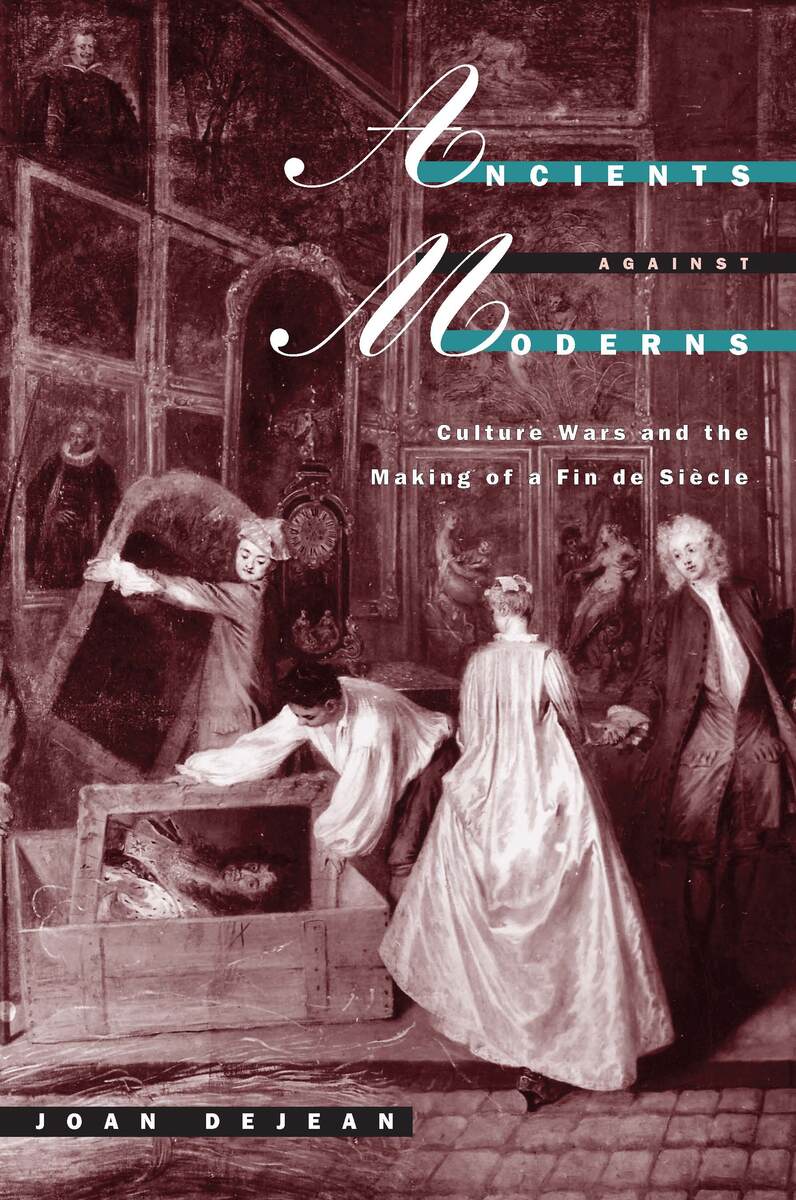 As the end of the century approaches, many predict our fin de siècle will mirror the nineteenth-century decline into decadence. But a better model for the 1990s is to be found, according to Joan DeJean, in the culture wars of France in the 1690s—the time of a battle of the books known as the Quarrel between the Ancients and the Moderns.

DeJean brilliantly reassesses our current culture wars from the perspective of that earlier fin de siècle (the first to think of itself as such), and rereads the seventeenth-century Quarrel from the vantage of our own warring "ancients" and "moderns." In so doing, DeJean shows that a fin de siècle taking place in the shadow of culture wars can be more a source of constructive cultural revolution than of apocalyptic gloom and doom. Just as the first fin de siècle's battle of the books served as the spark that set off the Enlightenment, introducing radically new sexual and social politics that laid the groundwork for modernity, so can our current culture wars result in radical, liberating changes—if we take an active stand against our own "ancients" who seek to stifle such reforms.


Preface
Acknowledgments
Ch. 1: Did the Seventeenth Century Create Our Fin de Siecle? or, The Making of the Enlightenment That We May at Last Be Leaving Behind
Ch. 2: The Invention of a Public for Literature
Ch. 3: A Short History of the Human Heart
Ch. 4: Culture or Civilization?
Notes
References
Index