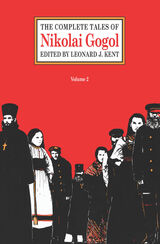 University of Chicago Press, 1983
Paper: 978-0-226-30069-6
Volume 2 of The Complete Tales includes Gogol's Mirgorod stories—among them that masterpiece of grotesque comedy, "The Tale of How Ivan Ivanovich Quarreled with Ivan Nikiforovich," the wonderfully satiric "Old World Landowners," and the Cossak epic "Taras Bulba." Here also is "The Nose," Gogol's final effort in the realm of the fantastic, as well as "The Coach," "The Portrait" (in its final version), and the most influential of his Petersburg stories, "The Overcoat."
TABLE OF CONTENTS