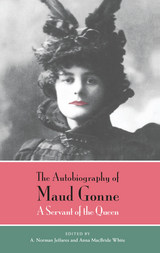 Maud Gonne is part of Irish history: her founding of the Daughters of Ireland, in 1900, was the key that effectively opened the door of twentieth-century politics to Irish women. Still remembered in Ireland for the inspiring public speeches she made on behalf of the suffering—those evicted from their homes in western Ireland, the Treason-Felony prisoners on the Isle of Wright, indeed all those whom she saw as victims of imperialism—she is known, too, within and outside Ireland as the woman W. B. Yeats loved and celebrated in his poems.
TABLE OF CONTENTS