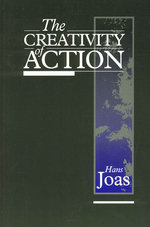 Hans Joas is one of the foremost social theorists in Germany today. Based on Joas’s celebrated study of George Herbert Mead, this work reevaluates the contribution of American pragmatism and European philosophical anthropology to theories of action in the social sciences. Joas also establishes direct ties between Mead’s work and approaches drawn from German traditions of philosophical anthropology.

Joas argues for adding a third model of action to the two predominant models of rational and normative action—one that emphasizes the creative character of human action. This model encompasses the other two, allowing for a more comprehensive theory of action. Joas elaborates some implications of his model for theories of social movements and social change and for the status of action theory in sociology in the face of competition from theories advanced by Luhmann and Habermas.

The problem of action is of crucial importance in both sociology and philosophy, and this book—already widely debated in Germany—will add fresh impetus to the lively discussions current in the English-speaking world.
TABLE OF CONTENTS


Preface
Introduction
1: The Emergence of the Theory of Action
1.1: The Beginnings: Parsons' Attempt at Synthesis
1.2: The Debate with Parsons: Rehistoricizing the Convergence Thesis
1.3: Economic and Social Action
1.4: Weber's Theory of Charisma and the Problem of Creativity
1.5: The Problem of the Emergence of a New Morality as the Underlying Theme in Durkheim's Work
1.6: Elements of the Philosophy of Life in the Work of Ferdinand Tonnies and George Simmel
2: Metaphors of Creativity
2.1: Expression
2.2: Production
2.3: Revolution
2.4: Life
2.5: Intelligence and Reconstruction
3: Situation - Corporeality - Sociality: The Fundamentals of a Theory of the Creativity of Action
3.1: A Non-Teleological Interpretation of the Intentionality of Action
3.2: The Constitution of the Body Schema
3.3: Primary Sociality
4: Creative Democracy
4.1: Creativity and Collective Action
4.2: Beyond Functionalism
4.3: Differentiation and Democratization: Perspectives for a Non-Functionalist Theory of Social Development
4.4: Creativity in the 'Postmodern' Age
Notes
Bibliography
Index of Names
Index of Subjects