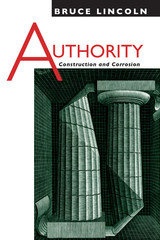 The debate over scientists' social responsibility is a topic of great controversy today. Peter J. Kuznick here traces the origin of that debate to the 1930s and places it in a context that forces a reevaluation of the relationship between science and politics in twentieth-century America. Kuznick reveals how an influential segment of the American scientific community during the Depression era underwent a profound transformation in its social values and political beliefs, replacing a once-pervasive conservatism and antipathy to political involvement with a new ethic of social reform.
AUTHOR BIOGRAPHY
Peter J. Kuznick is professor of history and director of the Nuclear Studies Institute at American University.
TABLE OF CONTENTS


Acknowledgments
Introduction
1. Science on the Defensive in Depression America
2. From Apathy to Engagement: Shifts in the Scientific World
3. The AAAS Shapes the Emerging Science and Society Movement
4. The Soviet Model: An Alternative Vision of Science and Society
5. The Soviet Influence on Physicians and Physiologists
6. Franz Boas Mobilizes the Scientists against Fascism
7. Scientists Establish the American Committee for Democracy and Intellectual Freedom
8. Beyond Liberal Reform: The American Association of Scientific Workers
9. Conclusion
Manuscript Collections
Notes
Index