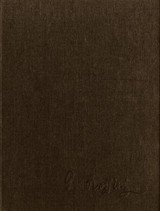 Heavily butchered in later productions, Bianca e Falliero soon disappeared from the stage, but its finest pieces remained in concert repertory for half a century. The critical edition—the first publication of the full score—restores the original Milan version. An appendix offers Rossini's vocal variants for the two lead roles.