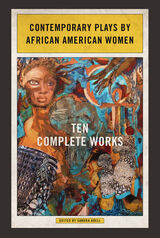 African American women have increasingly begun to see their plays performed from regional stages to Broadway. Yet many of these artists still struggle to gain attention. In this volume, Sandra Adell draws from the vital wellspring of works created by African American women in the twenty-first century to present ten plays by both prominent and up-and-coming writers. Taken together, the selections portray how these women engage with history as they delve into--and shake up--issues of gender and class to craft compelling stories of African American life. Gliding from gritty urbanism to rural landscapes, these works expand boundaries and boldly disrupt modes of theatrical representation.