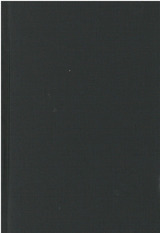 Fornes: Theater in the Present Tense
by Diane Moroff
University of Michigan Press, 1996
Cloth: 978-0-472-10726-1
The work of Maria Irene Fornes, author of such acclaimed plays as Fefu and Her Friends, Mud, and The Conduct of Life, has for over three decades earned the attention of theater-goers, scholars and critics. She has won eight Obie awards, has provoked considerable controversy, and has consistently challenged and delighted the reader and spectator with her idiosyncratic voice and her serious and yet profoundly playful approach to the theater and to the issues of humanity, gender politics, and art.
Diane Lynn Moroff focuses on Fornes's major plays, providing illuminating readings of her unique and irreverent body of work. The book traces the career of this influential playwright, director, and teacher, including the reception of her plays, the range of critical responses (particularly those of feminist critics), and an introduction to Fornes's theatrical philosophies. It looks at such critical issues in Fornes's work as the representation of female subjectivity, theater as metaphor and context, art as ritual, and the role of the spectator. In a final chapter, Fornes's plays including Abingdon Square and her most recent work, What of the Night? are examined in the context of the sexualization of character, an ongoing theme for Fornes.
Fornes: Theater in the Present Tense will appeal to scholars and students in theater studies and women's studies and to anyone interested or engaged in contemporary theater.
Diane Lynn Moroff is Assistant Professor of English, Oglethorpe University.
REQUEST ACCESSIBLE FILE