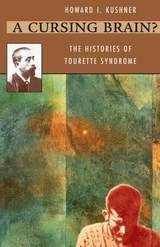 Over a century and a half ago, a French physician reported the bizarre behavior of a young aristocratic woman who would suddenly, without warning, erupt in a startling fit of obscene shouts and curses. The image of the afflicted Marquise de Dampierre echoes through the decades as the emblematic example of an illness that today represents one of the fastest-growing diagnoses in North America. Tourette syndrome is a set of behaviors, including recurrent ticcing and involuntary shouting (sometimes cursing) as well as obsessive-compulsive actions. The fascinating history of this syndrome reveals how cultural and medical assumptions have determined and radically altered its characterization and treatment from the early nineteenth century to the present.

A Cursing Brain? traces the problematic classification of Tourette syndrome through three distinct but overlapping stories: that of the claims of medical knowledge, that of patients' experiences, and that of cultural expectations and assumptions. Earlier researchers asserted that the bizarre ticcing and impromptu vocalizations were psychological--resulting from sustained bad habits or lack of self-control. Today, patients exhibiting these behaviors are seen as suffering from a neurological disease and generally are treated with drug therapy. Although current clinical research indicates that Tourette's is an organic disorder, this pioneering history of the syndrome reminds us to be skeptical of medical orthodoxies so that we may stay open to fresh understandings and more effective interventions.
TABLE OF CONTENTS
Contents
Preface
Note on Terms
1 An Elusive Syndrome
2 The Case of the Cursing Marquise
3 A Disputed Illness
4 The Case of "O." and the Emergence of Psychoanalysis
5 Competing Claims
6 The Disappearance of Tic Illness
7 Margaret Mahler and the Tic Syndrome
8 Haloperidol and the Persistence of the Psychogenic Frame
9 The French Resistance
10 The Triumph of the Organic Narrative
11 Clashing Cultural Conceptions
12 Clinical Lessons
Glossary
Notes
Acknowledgments
Index