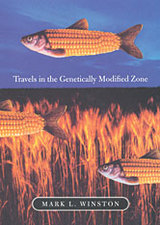 With genetically modified crops we have entered uncharted territory--where visions of the triumph of biotechnology in agriculture vie with dire views of medical and environmental disaster. As he seeks a middle ground where concerns about genetic engineering can be rationally discussed and resolved, Winston gives us a full and balanced view of the forces at play in the chaotic debate over agricultural biotechnology.
TABLE OF CONTENTS