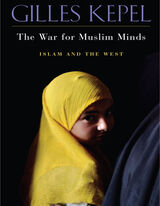 The events of September 11, 2001, forever changed the world as we knew it. In their wake, the quest for international order has prompted a reshuffling of global aims and priorities. In a fresh approach, Gilles Kepel focuses on the Middle East as a nexus of international disorder and decodes the complex language of war, propaganda, and terrorism that holds the region in its thrall.

The breakdown of the Israeli-Palestinian peace process in 2000 was the first turn in a downward spiral of violence and retribution. Meanwhile, a neo-conservative revolution in Washington unsettled U.S. Mideast policy, which traditionally rested on the twin pillars of Israeli security and access to Gulf oil. In Saudi Arabia and Afghanistan, a transformation of the radical Islamist doctrine of Bin Laden and Zawahiri relocated the arena of terrorist action from Muslim lands to the West; Islamist radicals proclaimed jihad against their enemies worldwide.

Kepel examines the impact of global terrorism and the ensuing military operations to stem its tide. He questions the United States' ability to address the Middle East challenge with Cold War rhetoric, while revealing the fault lines in terrorist ideology and tactics. Finally, he proposes the way out of the Middle East quagmire that triangulates the interests of Islamists, the West, and the Arab and Muslim ruling elites. Kepel delineates the conditions for the acceptance of Israel, for the democratization of Islamist and Arab societies, and for winning the minds and hearts of Muslims in the West.
TABLE OF CONTENTS
Cover
Title Page
Copyright
Contents
Introduction
Chapter 1. The Failure of the Oslo Peace
Chapter 2. The Neoconservative Revolution
Chapter 3. Striking at the Faraway Enemy
Chapter 4. Al Qaeda’s Resilience
Chapter 5. Saudi Arabia in the Eye of the Storm
Chapter 6. The Calamity of Nation-Building in Iraq
Chapter 7. The Battle for Europe
Conclusion
Sources
Acknowledgments
Index