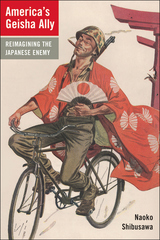 During World War II, Japan was vilified by America as our hated enemy. As the Cold War heated up, however, the U.S. government decided to make Japan its bulwark against communism in Asia. In this revelatory work, Naoko Shibusawa charts the remarkable reversal from hated enemy to valuable ally that occurred in the two decades after the war.
TABLE OF CONTENTS
Contents
Introduction
1 Women and Children First
2 “Like a Boy of Twelve”
3 Sunday at Hirohito’s
4 A Transpacific Treason Trial
5 A Kamikaze Goes to College
6 Channeling Atomic Guilt
7 Hollywood’s Japan
Epilogue: Rising Sun Redux
Notes
Acknowledgments
Index