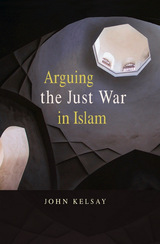 Jihad, with its many terrifying associations, is a term widely used today, though its meaning is poorly grasped. Few people understand the circumstances requiring a jihad, or "holy" war, or how Islamic militants justify their violent actions within the framework of the religious tradition of Islam. How Islam, with more than one billion followers, interprets jihad and establishes its precepts has become a critical issue for both the Muslim and the non-Muslim world.

John Kelsay's timely and important work focuses on jihad of the sword in Islamic thought, history, and culture. Making use of original sources, Kelsay delves into the tradition of shari'a--Islamic jurisprudence and reasoning--and shows how it defines jihad as the Islamic analogue of the Western "just" war. He traces the arguments of thinkers over the centuries who have debated the legitimacy of war through appeals to shari'a reasoning. He brings us up to the present and demonstrates how contemporary Muslims across the political spectrum continue this quest for a realistic ethics of war within the Islamic tradition.

Arguing the Just War in Islam provides a systematic account of how Islam's central texts interpret jihad, guiding us through the historical precedents and Qur'anic sources upon which today's claims to doctrinal truth and legitimate authority are made. In illuminating the broad spectrum of Islam's moral considerations of the just war, Kelsay helps Muslims and non-Muslims alike make sense of the possibilities for future war and peace.
TABLE OF CONTENTS