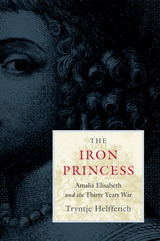 In the bloodiest conflict Europe had ever experienced, Amalia Elisabeth fought to save her tiny German state, her Calvinist church, and her children’s inheritance. Tryntje Helfferich reveals how this embattled ruler used diplomacy to play the European powers against one another, while raising one of the continent’s most effective fighting forces.
TABLE OF CONTENTS
Contents
Note to the Reader
Introduction
1. An Imperial Princess
2. Teetering on the Brink
3. The Imperial Mandate
4. Deeper into the Labyrinth
5. An Amazing Consequence
6. To the Lord God Nothing Is Impossible
7. The Long Struggle
8. A Manly Resolve
9. Westphalian Maneuverings
10. Pressing the Attack
11. Satisfaction
Conclusion
Abbreviations
Notes
Acknowledgments
Index