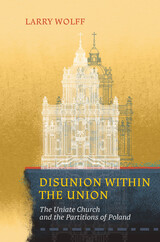 A leading historian radically revises our understanding of the fate of Jews under the Vichy regime. Winner of the Prix d’histoire de la justice.

Thousands of naturalized French men and women had their citizenship revoked by the Vichy government during the Second World War. Once denaturalized, these men and women, mostly Jews who were later sent to concentration camps, ceased being French on official records and walked off the pages of history. As a result, we have for decades severely underestimated the number of French Jews murdered by Nazis during the Holocaust. In Denaturalized, Claire Zalc unearths this tragic record and rewrites World War II history.

At its core, this is a detective story. How do we trace a citizen made alien by the law? How do we solve a murder when the body has vanished? Faced with the absence of straightforward evidence, Zalc turned to the original naturalization papers in order to uncover how denaturalization later occurred. She discovered that, in many cases, the very officials who granted citizenship to foreigners before 1940 were the ones who retracted it under Vichy rule.

The idea of citizenship has always existed alongside the threat of its revocation, and this is especially true for those who are naturalized citizens of a modern state. At a time when the status of millions of naturalized citizens in the United States and around the world is under greater scrutiny, Denaturalized turns our attention to the precariousness of the naturalized experience—the darkness that can befall those who suddenly find themselves legally cast out.