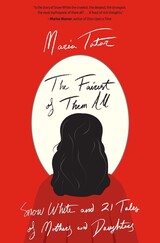 We think we know the story of Snow White from Disney and the Brothers Grimm. But acclaimed folklorist Maria Tatar reveals dazzling variations from across the globe.

The story of the rivalry between a beautiful, innocent girl and her equally beautiful and cruel mother has been endlessly repeated and refashioned all over the world. In Switzerland you might hear about seven dwarfs who shelter a girl, only to be murdered by robbers. In Armenia a mother orders her husband to kill his daughter because the moon has declared her “the most beautiful of all.”

The Brothers Grimm gave this story the name by which we know it best, and in 1937 Walt Disney sweetened their somber version to make the first feature-length, animated fairy tale, Snow White and the Seven Dwarfs. Since then the Disney film has become our cultural touchstone—the innocent heroine, her evil stepmother, the envy that divides them, and a romantic rescue from domestic drudgery and maternal persecution. But, as every fan of the story knows, there is more to Snow White than that. The magic mirror, the poisoned apple, the catatonic sleep, and the strange scene of revivification are important elements in the phantasmagoria of the Snow White universe.

Maria Tatar, an acclaimed folklorist and translator, brings to life a global melodrama of mother-daughter rivalries that play out across countries and cultures.
TABLE OF CONTENTS
Cover
Title Page
Copyright
Dedication
Contents
Preface
Introduction
Color Plates
Little Snow White
The Young Slave
The Death of the Seven Dwarfs
Maroula and the Mother of Eros
The Enchanted Stockings
Princess Aubergine
Snow-White- Fire- Red
The Magic Slippers
The World’s Most Beautiful Woman
Silver-tree and Gold-tree
King Peacock
The Beautiful Daughter
The Mirror of Matsuyama
The Girl and the Dog
The Unnatural Mother and the Girl with a Star on Her Forehead
The Hunter and His Sister
The Witch’s Daughter
Nourie Hadig
Blanca Rosa and the Forty Thieves
The Wonder Child
The Jealous Mother
Bibliography
Credits