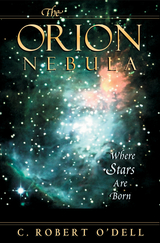 The glowing cloud in Orion's sword, the Orion Nebula is a thing of beauty in the night sky; it is also the closest center of massive star formation--a stellar nursery that reproduces the conditions in which our own Sun formed some 4.5 billion years ago. The study of the Orion Nebula, focused upon by ever more powerful telescopes from Galileo's time to our own, clarifies how stars are formed, and how we have come to understand the process. C. Robert O'Dell has spent a lifetime studying Orion, and in this book he explains what the Nebula is, how it shines, its role in giving birth to stars, and the insights it affords into how common (or rare) planet formation might be.

An account of astronomy's extended engagement with one remarkable celestial object, this book also tells the story of astronomy over the last four centuries. To help readers appreciate the Nebula and its secrets, O'Dell unfolds his tale chronologically, as astrophysical knowledge developed, and our knowledge of the Nebula and the night sky improved.

Because he served as chief scientist for the Hubble Space Telescope, O'Dell conveys a sense of continuity with his professional ancestors as he describes the construction of the world's most powerful observatory. The result is a rare insider's view of this observatory--and, from that unique perspective, an intimate observer's understanding of one of the sky's most instructive and magnificent objects.
TABLE OF CONTENTS