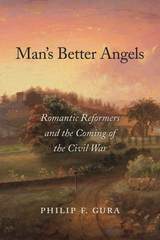 Banks failed, credit contracted, inequality grew, and people everywhere were out of work while political paralysis and slavery threatened to rend the nation in two. As financial crises always have, the Panic of 1837 drew forth a plethora of reformers who promised to restore America to greatness. Animated by an ethic of individualism and self-reliance, they became prophets of a new moral order: if only their fellow countrymen would call on each individual’s God-given better instincts, the most intractable problems could be resolved.

Inspired by this reformist fervor, Americans took to strict dieting, water cures, phrenology readings, mesmerism, utopian communities, free love, mutual banking, and a host of other elaborate self-improvement schemes. Vocal activists were certain that solutions to the country’s ills started with the reformation of individuals, and through them communities, and through communities the nation. This set of assumptions ignored the hard political and economic realities at the core of the country’s malaise, however, and did nothing to prevent another financial panic twenty years later, followed by secession and civil war.

Focusing on seven individuals—George Ripley, Horace Greeley, William B. Greene, Orson Squire Fowler, Mary Gove Nichols, Henry David Thoreau, and John Brown—Philip Gura explores their efforts, from the comical to the homicidal, to beat a new path to prosperity. A narrative of people and ideas, Man’s Better Angels captures an intellectual moment in American history that has been overshadowed by the Civil War and the pragmatism that arose in its wake.

REVIEWS
Gura…brilliantly connects the harsh privation of the 1837 depression to the intellectual and spiritual reform movements that emerged in the 1840s and ’50s. He does so by offering us seven roughly sequential portraits of American reformers in which he tethers their idealism to real suffering and their very tangible awareness of the ways their community had failed its members. Linking the cultural and intellectual ferment in the 1840s to the economic failure of 1837 is particularly appropriate at a time when only the oldest Americans can remember pre–New Deal America. Softened by Social Security, Medicaid and the various federal handouts that are now on the chopping block, contemporary Americans can barely imagine how an old-fashioned depression smacked people sideways with bankruptcies, penury, displacement and biting shame.
-- Carol Bundy Wall Street Journal


[An] elegant volume…Read after the 2016 election, Gura’s intriguing book, written before it, does shed a kinder light on his benighted reformers, whose commitment to free expression, individual dignity, and social justice reminds us of the importance of dissent—all manner of dissent—and of the power inherent in the individual’s ability to say no. Yet Man’s Better Angels also highlights the willful political ignorance and purposeful childishness with which so many of these reformers confronted, at least in the 1840s, the grievously unfree world in which they lived.
-- Brenda Wineapple The Nation


A lively and engaging jeremiad on the failure of individualism as a source of social reform. Gura's examination of antebellum reformers' efforts to address economic and social dislocations speaks to our own moment as well.
-- Robert S. Levine, author of The Lives of Frederick Douglass


Man's Better Angels is the most original and important book on antebellum reform to appear in years. Philip Gura shows how the Panic of 1837 functioned as a kind of centrifuge, inspiring new visions of reform in all directions, pushing the nation further and further from its cultural and institutional center. A magisterial work and a pleasure to read.
-- John Stauffer, author of Giants: The Parallel Lives of Frederick Douglass and Abraham Lincoln


Absorbing and lucid…Gura’s book is deeply pessimistic about individual efficacy in response to social crises, which remains relevant in the 21st century.
-- Publishers Weekly (starred review)


With keen insight and in lucid prose, Philip Gura explores the antebellum crisis through the lives and thought of leading reformers as they clung to the innate goodness of human nature while struggling to cope with the structural power of slavery and capitalist finance, ending with John Brown, who sought to purge the land through blood and violence.
-- Alan Taylor, author of American Revolutions: A Continental History, 1750–1804


Lucid and engaging…Man’s Better Angels should be a valuable introduction for students new to the study of antebellum reform. I imagine its claims will also fuel hearty debate in graduate seminars.
-- Patrick Mulford O’Connor Journal of Social History


Gura wrote this book in the wake of America’s 2008 financial crisis, which made him well attuned to the question of how individuals and institutions can be complicit in national trauma… In a moment where both national political parties seem poised for realignments and self-reflection, Gura’s work can help point us toward the long history of that very dilemma.
-- Civil War Monitor


When democracy itself seems to go off the rails, do you give up and compromise your principles or double down on them? With the impeccable timing of a master historian, Philip Gura invites us to reconsider the costs of self-righteousness as a response to structural injustice. By reconsidering seven reformers who doubled down in the decades before the Civil War, Man's Better Angels will make you rethink your own responses to the worst of times.
-- Scott A. Sandage, author of Born Losers: A History of Failure in America


Philip Gura has written a provocative and timely examination of the spectrum of antebellum reform advocates and initiatives that flourished during the years between the nation's first major economic crisis and the Civil War. Confronting the era's most glaring ills—runaway capitalism and plantation slavery—a strikingly variegated brew of men and women, holding to high-minded but quixotic principles, proved impotent to correct the country's course.
-- Lawrence Buell, author of The Dream of the Great American Novel


This book provides the best interpretation to date for the origins of this golden era of American cultural and economic experimentation, whose eclecticism and vision, he rightly asserts, have gone unappreciated.
-- Tim Roberts Journal of the Early Republic