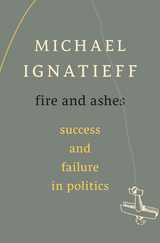 In 2005 Michael Ignatieff left Harvard to lead Canada's Liberal Party and by 2008 was poised to become Prime Minister. It never happened. He describes what he learned from his bruising defeat about compromise and the necessity of bridging differences in a pluralist society. A reflective, compelling account of modern politics as it really is.
TABLE OF CONTENTS
Contents
Acknowledgements
One: Hubris
Two: Ambition
Three: Fortuna
Four: Reading the Room
Five: Money and Language
Six: Responsibility and Representation
Seven: Standing
Eight: Enemies and Adversaries
Nine: What the Taxi Driver Said
Ten: The Calling
Notes
Index