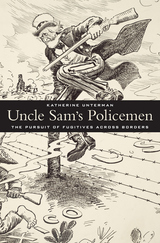 Extraordinary rendition—abducting criminal suspects around the world—has been criticized as an unprecedented expansion of U.S. policing. But America’s pursuit of fugitives beyond its borders predates the Global War on Terror. Katherine Unterman shows that the extension of manhunts into foreign lands formed an important chapter in American empire.