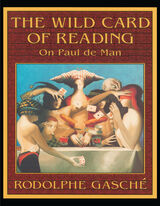 One of the most knowledgeable and provocative explicators of Paul de Man's writings, Rodolphe Gasché, a philosopher by training, demonstrates for the first time the systematic coherence of the critic's work, insisting that de Man continues to merit close attention despite his notoriously difficult and obscure style. Gasché shows that de Man's "reading" centers on a dimension of the texts that is irreducible to any possible meaning, a dimension characterized by the "absolutely singular."

Given that de Man and Derrida are both termed deconstructionists, Gasché differentiates between the two by emphasizing Derrida's primary interest in "writing," and postulates that the best way to come to terms with de Man's works is to "read" them athwart the writings of Kant, Fichte, Hegel, Heidegger, and Derrida. He shows his respect for the "immanent logic" of de Man's thought--which he lays out in great detail--while revealing his uneasiness at the oddness of that thought and its consequences.
TABLE OF CONTENTS
Cover
Title Page
Copyright
Acknowledgments
Contents
Abbreviations
Introduction
Chapter 1. “Setzung” and “Übersetzung”
Chapter 2. In-Difference to Philosophy
Chapter 3. Apathetic Formalism
Chapter 4. The Fallout of Reading
Chapter 5. Giving to Read
Chapter 6. Adding Oddities
Appendix: On the Edges
Notes
Index