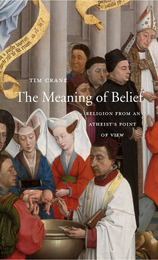 Current debate about religion seems to be going nowhere. Atheists persist with their arguments, many plausible and some unanswerable, but they make no impact on believers. Defenders of religion find atheists equally unwilling to cede ground. Noting that religion is not what atheists think it is, Tim Crane offers a way out of this stalemate.
TABLE OF CONTENTS
Cover
Title Page
Copyright
Dedication
Contents
Preface
1. Religion and the Atheist’s Point of View
2. The Religious Impulse
3. Identification
4. Religion and Violence
5. The Meaning of Tolerance
Notes
Index