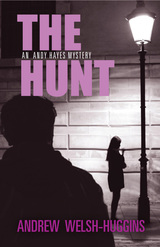 As a serial killer stalks prostitutes in Columbus, Ohio, a distraught brother asks private investigator Andy Hayes to find his sister before it’s too late. In a deadly race against time, Andy soon learns he’s not the only person hunting Jessica Byrnes, but he may be the only one who wants her alive. Byrnes hasn’t been seen in weeks following a downward slide that started as a runaway teenager and may have ended permanently on the streets.

Assisting Andy is ex-prostitute Theresa Sullivan. She now works at St. Andrew’s, the mission church run by Andy’s pal the Reverend Roy Roberts, who is less than keen on Theresa reliving the memories that nearly killed her. A local congresswoman making headlines with her work against human trafficking puts pressure on Andy to solve the case, while the police don’t want him near their exhaustive search for the murderer. At the same time, Andy’s hunt for Jessica exposes the buying and selling of trafficked women across the region. Looming over Andy’s increasingly desperate search is the shadow of his most dangerous adversary yet.

Andrew Welsh-Huggins is a reporter for the Associated Press in Columbus, Ohio, and the Nero Award–finalist author of seven mysteries from Swallow Press featuring Andy Hayes, a former Ohio State and Cleveland Browns quarterback turned private eye. Welsh-Huggins is also the editor of Columbus Noir (Akashic Books) and his short fiction has appeared in publications including Ellery Queen Mystery Magazine, Mystery Weekly, and Mystery Tribune. His nonfiction book No Winners Here Tonight (Ohio University Press) is the definitive history of the death penalty in Ohio.