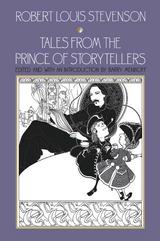 Robert Louis Stevenson (1850-94) is widely known for his novels Dr. Jekyll and Mr. Hyde, Treasure Island, and Kidnapped. His reputation as a "romantic" writer and children's author, however, reflects only a portion of his literary achievement. This collection of stories features an introduction by Stevenson scholar Barry Menikoff which places Stevenson's writing in a new context. Menikoff argues that Stevenson is misunderstood by academic readers and critics and presents him as a writer whose subjects and methods are clearly modernist.

Included in this volume for the first time are versions of the stories "Markheim" and "The Isle of Voices" as they appear in Stevenson' s holograph manuscripts, plus his classics The Suicide Club, The Rajah's Diamond, "The Bottle Imp," "The Pavilion on the Links," "A Lodging for the Night," "The Merry Men," and "Thrawn Janet."
AUTHOR BIOGRAPHY
Robert Louis Stevenson (1850-1894) was a novelist, poet, short-story writer, and essayist. In 1883, while bedridden with tuberculosis, he wrote what would become one of the best known and most beloved collections of children's poetry in the English language, A Child's Garden of Verses. Block City is taken from that collection. Stevenson is also the author of such classics as Treasure Island, Kidnapped, and The Strange Case of Dr. Jekyll and Mr. Hyde.