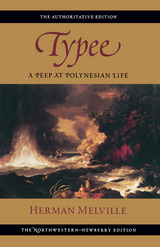 Almost from the time of its publication in 1846, Melville's first book, based on his own travels in the South Seas, has been recognized as a classic in the literature of travel and adventure. Although initially rejected as too fantastic to be true, Typee was immensely popular and regarded in Melville's lifetime as his best work. It established his reputation as the literary discoverer of the South Seas and inspired the likes of Jack London and Robert Louis Stevenson.