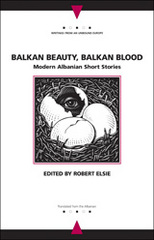 Although Albanian literature dates back to the 1500s, creative prose in that nation is very much a twentieth-century phenomenon; and much as the early literature in Albanian was interrupted by Ottoman rule--and oppression--its later emergence was stymied and stunted by Stalinist politics and propaganda. What this volume documents is, then, a literature at once venerable and nascent, a tradition in the making, however deep its roots. In these stories representing the last three decades of Albanian writing--especially the burst of creativity in the newfound freedom of the 1990s--readers will encounter work that reflects the literary paradox of Eastern Europe in the late twentieth century: the startling originality of the new uneasily coupled with the strains of history; the sophistication and self-consciousness of late (or post-) modernity married to the simplicity of a literature first finding its voice; a refusal of political influence and pressure expressed through frankly political subject matter.

AUTHOR BIOGRAPHY
Robert Elsie is the West's leading specialist on Albanian literature. He works as a freelance interpreter, primarily Albanian and German, and is the author of numerous books and articles on various aspects of Albanian culture and affairs. He lives in Germany.
REVIEWS

"These stories offer a provocative glimpse into the sensibility of Europe's least-understood people, who, overcoming centuries of oppression, at long last may speak to the rest of us." --Review of Contemporary Fiction

From Stars Don't Dress Up Like That
Elvira Dones

From The Loser
Fatos Kongoli

The Snail's March Toward the Light of the Sun
Eqrem Basha

The Secret of My Youth
Mimoza Ahmeti

The Pain of a Distant Winter
Teodor Laço