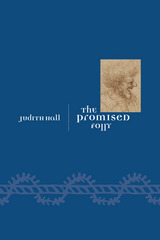 If, as Oscar Wilde said, "nothing ages like happiness," then nothing rejuvenates like a pursuit. That is certainly the American way, and in The Promised Folly, Judith Hall takes a fresh look at our American pursuits and supreme fictions. She explores the folly that follows mere existence and gives it back to her readers in different voices-Venus, Walt Whitman, Julius Caesar, Ma Rainey voices that contain multitudes. Whitman will become Falstaff, for example, and Venus becomes Mars. Absurdities and incongruities such as these constitute for Hall opportunities for lyric pleasure. The resulting poems are puckish, sumptuous, and austere, by turns, and not incidentally compassionate.
AUTHOR BIOGRAPHY
Judith Hall is the author of To Put The Mouth To (William Morrow, 1992), which was selected for the National Poetry Series, and Anatomy, Errata (Ohio State, 1998), winner of the Ohio State University Press publication Award. She has received grants from the National Endowment for the Arts and the Ingram Merrill Foundation. Her poems have appeared in such magazines as The New Republic, The Paris Review, The Yale Review, and The Best American Poetry anthology series. She serves as poetry editor of The Antioch Review and teaches at California Institute of Technology.
REVIEWS

"Judith Hall is one of the best and most intellectually exciting young poets in America. A knowing reader of history and philosophy, both of which she uses to unusual and stylish effect, she is also a student of the politics and social mores of the present. Her appetite for whatever will stimulate her gift for elaboration and drama, and her wit, both playful and acerbic, are like no one else's, nor is the sound of her poems with its seductive cadences and rapturous alliteration. Her poems are demanding, but the rewards they offer are considerable." --Mark Strand


The Princess
Fold Here: For United States: Found Poems
Rumors Play on Rumors of a Plague
Upon the Losses of Her Lovers
The Feather President
Upon the Bed-Trick Played on Jack
"Worship of Venus"
After the Declaration of Independence