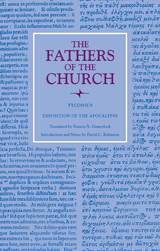 The Exposition of the Apocalypse by Tyconius of Carthage (fl. 380) was pivotal in the history of interpretation of the Book of Revelation. While expositors of the second and third centuries viewed the Apocalypse of John, or Book of Revelation, as mainly about the time of Antichrist and the end of the world, in the late fourth century Tyconius interpreted John’s visions as figurative of the struggles facing the Church throughout the entire period between the Incarnation and the Second Coming of Christ. Tyconius’s “ecclesiastical” reading of the Apocalypse was highly regarded by early medieval commentators like Caesarius of Arles, Primasius of Hadrumetum, Bede, and Beatus of Liebana, who often quoted from Tyconius’s Exposition in their own Apocalypse commentaries. Unfortunately no complete manuscript of the Exposition by Tyconius has survived. A number of recent scholars, however, believed that a large portion of his Exposition could be reconstructed from citations of it in the aforementioned early medieval writers; and this task was undertaken by Monsignor Roger Gryson. Gryson’s edition, a reconstruction of the Expositio Apocalypseos of Tyconius, was published in 2011 in Corpus Christianorum Series Latina. The present translation of that reconstructed text, with introduction and notes, exhibits Tyconius’s unique non-apocalyptic approach to the Book of Revelation. It also shows that throughout the Exposition Tyconius made use of interpretive rules that he had laid out in an earlier work on hermeneutics, the Book of Rules, strongly suggesting that Tyconius wrote his Exposition as a companion to his Book of Rules. Thus, the Exposition served as an exemplar of how those rules would apply to interpretation of even the most intriguing of biblical texts, the Apocalypse.
TABLE OF CONTENTS
Contents
Acknowledgments
Abbreviations
Select Bibliography
Introduction
Exposition of the Apocalypse
Book One
Book Two
Book Three
Book Four
Book Five
Book Six
Book Seven
Indices
General Index
Index of Holy Scripture