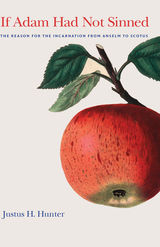 Since the twelfth century, theologians have found a counterfactual question irresistible: “If Adam had not sinned, would the Son have become incarnate?” In the latter half of the twentieth century, Hans Urs von Balthasar, Hans Küng, Gerhard Ludwig Müller, Karl Rahner, Karl Barth, Wolfhart Pannenburg, Jürgen Moltmann, and Robert Jenson all considered this question on the reason, or motive, for the incarnation. Nearly every case refers to the classic disagreement between those who follow Thomas Aquinas and those who follow John Duns Scotus.

Though it is common to claim Thomas or Scotus as one’s authority, the theological debates among which Thomas and Scotus developed their own positions remain largely neglected. This study fills that gap. If Adam Had Not Sinned is a study of the medieval debates over the motive for the incarnation from Anselm of Canterbury to John Duns Scotus. While the volume is primarily focused on thirteenth-century debates at the University of Paris, it also supplies necessary historical background to those debates. As a result, the larger context within which Thomas Aquinas and John Duns Scotus developed their influential responses is detailed. This larger context permits an analysis that leads to the surprising claim, against widespread assumptions, that the responses given by Thomas and Scotus are substantially reconcilable.
TABLE OF CONTENTS
Contents
Acknowledgments
Abbreviations
Introduction
1. The Reason for the Incarnation
2. After Anselm
3. Robert Grosseteste
4. The Dominicans at Paris
5. The Franciscans at Paris
6. Ratio Incarnationis
Bibliography
Index