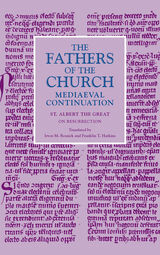 According to 1 Cor 15.44 and 1 Cor 15.52, the human body “is sown an animal body, [but] it will rise a spiritual body” and “the dead will rise again incorruptible, and we will be changed.” These passages prompted many questions: What is a spiritual body? How can a body become incorruptible? Where will the resurrected body be located? And, what will be the nature of its experience? Medieval theologians sought to answer such questions but encountered troubling paradoxes stemming from the conviction that the resurrected body will be an “impassible body” or constituted from “incorruptible matter.” By the thirteenth century the resurrection demanded increased attention from Church authorities, not only in response to certain popular heresies but also to calm heated debates at the University of Paris. William of Auvergne, Bishop of Paris, officially condemned ten errors in 1241 and in 1244, including the proposition that the blessed in the resurrected body will not see the divine essence. In 1270 Parisian Bishop Étienne Tempier condemned the view that God cannot grant incorruption to a corruptible body, and in 1277 he rejected propositions that a resurrected body does not return as numerically one and the same, and that God cannot grant perpetual existence to a mutable, corruptible body.

The Dominican scholar Albert the Great was drawn into the university debates in Paris in the 1240s and responded in the text translated here for the first time. In it, Albert considers the properties of resurrected bodies in relation to Aristotelian physics, treats the condition of souls and bodies in heaven, discusses the location and punishments of hell, purgatory, and limbo, and proposes a “limbo of infants” for unbaptized children. Albert’s On Resurrection not only shaped the understanding of Thomas Aquinas but also that of many other major thinkers.
TABLE OF CONTENTS
Contents
Abbreviations
Select Bibliography
Introduction
I. On Resurrection in Scholastic Context
II. Structure and Significant Themes
III. Sources and Subsequent Influence
On Resurrection
Tractate One
Tractate Two
Tractate Three
Tractate Four
Indices
General Index
Index of Holy Scripture