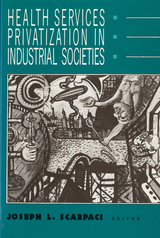 As governments in industrialized nations around the world face fiscal crises, they are increasingly turning over the functions of the welfare state to the private sector. Health care systems are particularly tempting targets for privatization. The costs of health care have risen faster than many other services. Health care systems fail to reward efficiency, and liberal welfare policies have enlarged the number of people who benefit from public health care services, and have done so in ways that often seem inequitable. The particular forms that privatized health care take are closely intertwined with local and political and economic circumstances, but the popularity of the idea in all kinds of governments, in all parts of the world, is very striking. This book looks at the theory and practice of privatization of health services internationally. The contributors argue that the restructuring of health care systems affects local communities in markedly uneven ways. Ultimately, they conclude, conflicts arising from economic and geographic inequities implicit in privatization will limit the degree to which any government can dismantle its health care services.