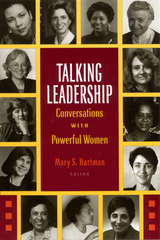 Whether we love it, hate it, or use it just to pass the time, most adults in the United States are watching more television than ever, up to four hours a day by some estimates. Our devotion to commercial television gives it unprecedented power in our lives.

Advertisers and television executives want us to spend as much time as we can in front of our sets, for it is access to our brains that they buy and sell. Yet the most important effect of television may be one that no one intends-accelerated destruction of the natural environment.

Consuming Environments explores how, with its portrayal of a world of simulated abundance, television has nurtured a culture of consumerism and overconsumption. The average person in the US consumers more than twice the grain and ten times the oil of a citizen of Brazil or Indonesia. And people in less industrialized countries suffer while their resources while their resources are commandeered to support comfortable lifestyles in richer nations.

Using detailed examples illustrated with images from actual commercials, news broadcasts, and television shows, and authors demonstrate how ads and programs are put together in complex way s to manipulate viewers, and they offer specific ways to counteract the effects of TV and overconsumption's assault on the environment.

AUTHOR BIOGRAPHY
Mary Hartman, Mary Hartman is an American satirical soap opera that aired in daily (weekday) syndication from January 1976 to May 1977. The series was produced by Norman Lear, directed by Joan Darling and Jim Drake, and starred Louise Lasser.