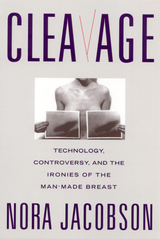 Women's breasts have been idealized as symbols of femininity and motherhood. They have held great social and psychological significance as objects drawing intrusive gazes, and as images of self worth to be measured against an idealized form. It is no wonder, then, that a technology emerged to alter and "enhance" their appearance. Nora Jacobson traces the hundred-year history of one such technology: breast implants.

Organized both chronologically and thematically, this book examines the history of breast implant technology from 1895 to 1990, including the controversies that erupted in the early 1990s over the safety of the devices and the Food and Drug Administration's regulation of their use. Jacobson examines such topics as politics and bias in medical practice and the role of bureaucracies, corporations, and governments in establishing policy and regulating implant technology.
AUTHOR BIOGRAPHY
NORA JACOBSON is a medical sociologist who conducts research on how the social construction of health and illness affects the making of health policy. She lives in Madison, Wisconsin.