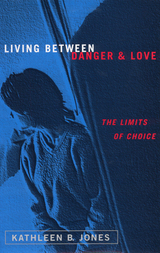 "Andrea O'Donnell did not fit what criminal justice experts call the "victim profile." The twenty-seven-year old women's studies major at San Diego State University was the director of the campus Women's Resource Center and a self-defense instructor. Nevertheless, in the early morning hours of November 5, 1994, she was brutally murdered. Her decomposed body was discovered in the apartment that she shared with her boyfriend, Andres English-Howard. In August 1995, he was convicted of first-degree murder. The night before he was scheduled to appear in court for sentencing, English-Howard hanged himself in his jail cell."--BOOK JACKET. "Author Kathleen B. Jones, one of O'Donnell's professors, was particularly shaken by her death. In Living Between Danger and Love, she examines O'Donnell's death and what it has to say to all of us. She provokes readers to consider the irony that our ideas about choice might prevent us from imagining and discovering social relationships of intimacy where love and power are not in conflict