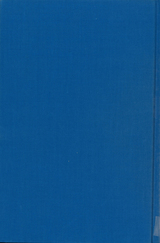 The New Republic airbrushed a Hitler mustache on Saddam Hussein. CNN reporters described the bombing of Baghdad as "fireworks on the Fourth of July." The Pentagon fed prepackaged programs to the TV networks. Veiled Arab women became icons of an exotic culture. These are some of the ways the media brought home the war in the Persian Gulf as a national spectacle.

Looking to old and new technologies for mass communication-from CNN to comic books, from international news agencies to tabloids, from bomb sights to the Super Bowl-the essays in this collection show the ways in which public information is shaped, packaged, and disseminated.

AUTHOR BIOGRAPHY
Susan Jeffords is the director of Women's Studies and a professor of English at the University of Washington. She is the author of Hard Bodies: Hollywood Masculinity in the Reagan Era (Rutgers University Press) and The Remasculinization of America: Gender and the Vietnam War.

Lauren Rabinovitz is an associate professor of American Studies and Film Studies at the University of Iowa and the author of Points of Resistence: Women, Power ,and Politics in the New York Avant-Garde Cinema.