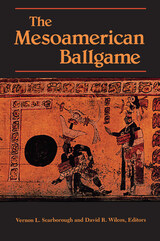 The Precolumbian ballgame, played on a masonry court, has long intrigued scholars because of the magnificence of its archaeological remains. From its lowland Maya origins it spread throughout the Aztec empire, where the game was so popular that sixteen thousand rubber balls were imported annually into Tenochtitlan. It endured for two thousand years, spreading as far as to what is now southern Arizona. This new collection of essays brings together research from field archaeology, mythology, and Maya hieroglyphic studies to illuminate this important yet puzzling aspect of Native American culture. The authors demonstrate that the game was more than a spectator sport; serving social, political, mythological, and cosmological functions, it celebrated both fertility and the afterlife, war and peace, and became an evolving institution functioning in part to resolve conflict within and between groups. The contributors provide complete coverage of the archaeological, sociopolitical, iconographic, and ideological aspects of the game, and offer new information on the distribution of ballcourts, new interpretations of mural art, and newly perceived relations of the game with material in the Popol Vuh. With its scholarly attention to a subject that will fascinate even general readers, The Mesoamerican Ballgame is a major contribution to the study of the mental life and outlook of New World peoples.
AUTHOR BIOGRAPHY
Vernon L. Scarborough is Professor of Anthropology at the University of Cincinnati. David R. Wilcox is senior research archaeologist and special assistant to the deputy director at the Museum of Northern Arizona.