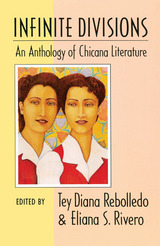 Given the explosive creativity shown by Chicana writers over the past two decades, this first major anthology devoted to their work is a major contribution to American letters. It highlights the key issues, motifs, and concerns of Mexican American women from 1848 to the present, and particularly reflects the modern Chicana's struggle for identity. Among the recurring themes in the collection is a re-visioning of foremothers such as the historical Malinche, the mythical Llorona, and pioneering women who settled the American Southwest from the sixteenth to twentieth centuries. Also included are historical documents on the lives, culture, and writings of Mexican American women in the nineteenth century, as well as oral histories recorded by the Federal Writers Project in the 1930s.