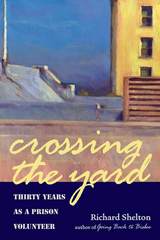 Ever since he was asked to critique the poetry of a convicted murderer, he has lived in two worlds.

Richard Shelton was a young English professor in 1970 when a convict named Charles Schmid—a serial killer dubbed the “Pied Piper of Tucson” in national magazines—shared his brooding verse. But for Shelton, the novelty of meeting a death-row monster became a thirty-year commitment to helping prisoners express themselves. Shelton began organizing creative writing workshops behind bars, and in this gritty memoir he offers up a chronicle of reaching out to forgotten men and women—and of creativity blossoming in a repressive environment. He tells of published students such as Paul Ashley, Greg Forker, Ken Lamberton, and Jimmy Santiago Baca who have made names for themselves through their writing instead of their crimes. Shelton also recounts the bittersweet triumph of seeing work published by men who later met with agonizing deaths, and the despair of seeing the creative strides of inmates broken by politically motivated transfers to private prisons. And his memoir bristles with hard-edged experiences, ranging from inside knowledge of prison breaks to a workshop conducted while a riot raged outside a barricaded door. Reflecting on his decision to tutor Schmid, Shelton sees that the choice “has led me through bloody tragedies and terrible disappointments to a better understanding of what it means to be human.”

Crossing the Yard is a rare story of professional fulfillment—and a testament to the transformative power of writing.
TABLE OF CONTENTS