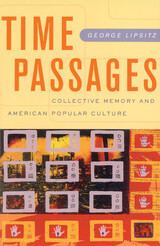 "This high take on 'low' culture examines the complex web of popular narratives that arise from and create the American collective memory. Studying the period from the end of World War II to the present, Lipsitz . . . inventively explores the popular canon, turning variously to television, rock music, film, novels, and the Mardi Gras Indians of New Orleans." Publishers Weekly

"What really separates Lipsitz from earlier critics of popular culture is that he got his rock diploma from the high-school gym, not the Frankfurt School. Lipsitz knows the color of the labels, the B-sides, the cover versions." Boston Phoenix Literary Section

"In a series of provocative and finely crafted essays on film, rock 'n' roll, early television, popular novels, New Orleans Mardi Gras celebrations, and other aspects of popular culture, Lipsitz argues that popular culture has been, and remains, an arena of hope, possibility, criticism, and even resistance for millions of ordinary people." American Studies

George Lipsitz is professor of ethnic studies at the University of California, San Diego, where he serves as director of the Thurgood Marshall Institute. He is the author of many books, including American Studies in a Moment of Danger, The Possessive Investment in Whiteness: How White People Profit from Identity Politics (1998), and Dangerous Crossroads: Popular Music, Postmodernism, and the Poetics of Place (1997). He also edited Stan Weir's Singlejack Solidarity (2004).