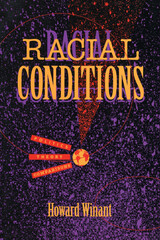 More than a quarter-century after the passage of civil rights legislation in the United States and decades since the last European colonies attained their independence, race continues to play a central role in cultural, political, and economic life, both in the United States and around the globe. Race divides societies and individuals, shapes social policies of the most diverse sort, and organizes basic ideas about human identity and difference. Why?

This ambitious book addresses the gaps in our understanding of contemporary racial dynamics, and develops a powerful theoretical approach to the vast subject of race. Howard Winant, one of the leading writers in the United States on the subject, argues that race cannot be understood as a "social problem" or as a "survival" of earlier, more benighted ages. Indeed, from the rise of Europe to the present, race has been a social condition, a permanent though flexible feature of human society and identity.

The key to Winant's analysis is racial formation theory, an approach he refines and advances as he considers a wide range of contemporary controversies in racial theory and politics. Among these are the relationship between race and class, as well as the racial dimensions of gender, diaspora, colonialism, and fascism. Other key topics include the changing nature of racial identity in the post-civil rights era, the 1992 Los Angeles riot, and politics of race in Brazil.

"The book's excellent organization and clarity recommend it to lay as well as academic readers. Those who wonder why race continues to be such an important factor in social life of its purported demise will find Winant's account stimulating. This book is imperative reading for all those interested in race relations, historical-comparative analyses, stratification, or politics. Winant's brilliantly crafted and persuasive rebuttal to those who argue for the declining significance of race is highly original in its integration of historical and contemporary evidence to the contrary." --Social Hierarchies

Howard Winant teaches sociology at Temple University. He is the author of The New Politics of Race: Globalism, Difference, Justice (2004).