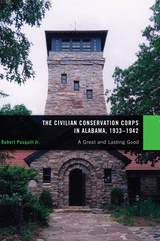 The Civilian Conservation Corps was one of the better known and most successful of the New Deal programs following the Great Depression.  The causes of the Great Depression have been addressed and debated from a variety of perspectives through the years.  However, the effects explained in terms of human suffering leave little room for debate. By March of 1933, there were more than 13.6 million unemployed, and more than 200,000 of them were wandering the country looking for work. Homes and families were fractured.  President Roosevelt proposed to put 500,000 unemployed men from cities and towns into the woods to plant trees, reduce fire hazards, clear streams, check erosion, and improve the park system all across America.  With unprecedented speed, national legislation was written, passed, and funded, creating a myriad of programs—referred to as alphabet projects—in hopes of generating useful work and necessary paychecks and creating a “great and lasting good” for the American public.

CCC projects in Alabama would initially employ 20,000 men with projects in all 13 state forests and seven state parks.  This volume traces in great detail the work projects, the camp living conditions, the daily lives of the enrollees, the administration and management challenges, and the lasting effects of this Neal Deal program in Alabama.  Through archives, government documents, and more than 125 interviews with former enrollees of the CCC, Pasquill has recounted the CCC program in Alabama and brought this humanitarian program to life in the Alabama countryside. It was a truly monumental win-win situation emerging from a national and international economic tragedy.