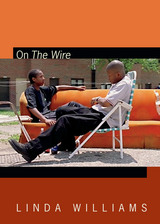 Many television critics, legions of fans, even the president of the United States, have cited The Wire as the best television series ever. In this sophisticated examination of the HBO serial drama that aired from 2002 until 2008, Linda Williams, a leading film scholar and authority on the interplay between film, melodrama, and issues of race, suggests what exactly it is that makes The Wire so good. She argues that while the series is a powerful exploration of urban dysfunction and institutional failure, its narrative power derives from its genre. The Wire is popular melodrama, not Greek tragedy, as critics and the series creator David Simon have claimed. Entertaining, addictive, funny, and despairing all at once, it is a serial melodrama grounded in observation of Baltimore's people and institutions: of cops and criminals, schools and blue-collar labor, local government and local journalism. The Wire transforms close observation into an unparalleled melodrama by juxtaposing the good and evil of individuals with the good and evil of institutions.
AUTHOR BIOGRAPHY
Linda Williams is Professor of Film Studies and Rhetoric at the University of California, Berkeley. Her books include Screening Sex and Porn Studies, both also published by Duke University Press; Playing the Race Card: Melodramas of Black and White from Uncle Tom to O. J. Simpson; Viewing Positions: Ways of Seeing Film; and Hard Core: Power, Pleasure, and the "Frenzy of the Visible." In 2013, Williams received a Lifetime Achievement Award from the Society for Cinema and Media Studies.
REVIEWS
-- Jon Lisi PopMatters

Part I. World Enough and Time: The Genesis and Genius of The Wire

2. Serial Television's World and Time: The Importance of the "Part" 37

Part II. Justice in The Wire: Tragedy, Realism, and Melodrama

6. Feeling Race: The Wire and the American Melodrama of Black and White 173