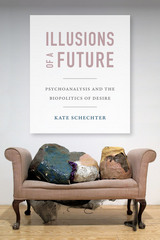 In the process, Schechter shows how deeply imbricated the analyst-patient relationship is in this effort. Since the mid-twentieth century, the "real" relationship between analyst and patient is no longer the unremarked background of analysis but its very site. Psychoanalysts seek to validate the centrality of this relationship with theory and, through codified "standards," to claim it as a privileged technique. It has become the means by which psychoanalysts, in seeking to protect their disciplinary autonomy, have unwittingly bound themselves to a neoliberal discourse of regulation.
AUTHOR BIOGRAPHY
Kate Schechter is Assistant Professor in the Department of Psychiatry at Rush Medical College, Chair of Conceptual Foundations at the Institute for Clinical Social Work, and faculty at the Chicago Institute for Psychoanalysis. She is in the private practice of psychoanalysis and psychotherapy in Chicago.
REVIEWS
-- D. Stuber Choice


-- Julia Gruson-Wood Journal of the History of the Behavioral Sciences

Part I. The Slippery Object and the Sticky Libido

1. An Imaginary of Threat and Crisis 19

2. Analysis Deferred (or, the Talking Cure Talks Back) 51

4. Professionalization and Its Discontents: The Theory of Obedience and the Drama of "Never Splitting" 95

Part III. Psychoanalysis and the Declensions of Verisimilitude

5. The Plenty of Scarcity: On Crisis and Transience in the Fifty-First Ward 123

6. On Narcissism: "Our Own Developmental Line" 161