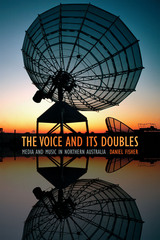 Beginning in the early 1980s Aboriginal Australians found in music, radio, and filmic media a means to make themselves heard across the country and to insert themselves into the center of Australian political life. In The Voice and Its Doubles Daniel Fisher analyzes the great success of this endeavor, asking what is at stake in the sounds of such media for Aboriginal Australians. Drawing on long-term ethnographic research in northern Australia, Fisher describes the close proximity of musical media, shifting forms of governmental intervention, and those public expressions of intimacy and kinship that suffuse Aboriginal Australian social life. Today’s Aboriginal media include genres of country music and hip-hop; radio requests and broadcast speech; visual graphs of a digital audio timeline; as well as the statistical media of audience research and the discursive and numerical figures of state audits and cultural policy formation. In each of these diverse instances the mediatized voice has become a site for overlapping and at times discordant forms of political, expressive, and institutional creativity.
AUTHOR BIOGRAPHY
Daniel Fisher is Assistant Professor of Anthropology at the University of California, Berkeley, and the coeditor of Radio Fields: Anthropology and Wireless Sound in the 21st Century.
REVIEWS
-- Rodney A. Garrett Reviews in Anthropology

4. From Radio Skid Row to the Reconciliation Station  143

5. Speaking For or Selling Out? Dilemmas of Aboriginal Cultural Brokerage  182