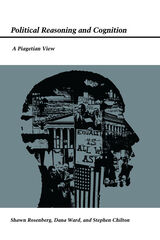 This work presents a new, alternative approach to studying the formation of political ideologies and attitudes, addressing a concern in political science that research in this area is at a crossroads. The authors provide an epistemologically grounded critique on the literature of belief systems, explaining why traditional approaches have reached the limits of usefulness. Following the lead of such continental theorists such as Jurgen Habermas and Anthony Giddens, who stress the importance of Jean Piaget to the development of a strong theoretical perspective in political psychology, the authors develop a different epistemology, theory,and research strategy based on Piaget, then apply it in two emperical studies of belief systems, and finally present a third theoretical study of political culture and political development.
TABLE OF CONTENTS