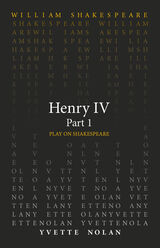 The two-part tale of King Henry IV, rewritten with new language for the twenty-first century.

Shakespeare’s two Henry IV plays follow the exploits of King Henry IV after usurping the crown from his cousin Richard II. Featuring some of Shakespeare’s most recognizable characters such as Prince Hal and the roguish Sir John Falstaff, Henry IV, Part 1 delves into complicated questions of loyalty and kingship on and off the battlefield. Henry IV, Part 2 follows Prince Hal as he grapples with his eventual ascent to the throne and his increasingly strained relationship with Falstaff. As the king falls sick and Hal’s ascent appears imminent, Hal’s decisions hold significant implications for all those around him. Modernizing the language of the two plays, Yvette Nolan’s translation carefully works at the seeds sown by Shakespeare—bringing to new life the characters and dramatic arcs of the original.

These translations of Henry IV were written as part of the Oregon Shakespeare Festival’s Play On! project, which commissioned new translations of thirty-nine Shakespeare plays. These translations present work from “The Bard” in language accessible to modern audiences while never losing the beauty of Shakespeare’s verse. Enlisting the talents of a diverse group of contemporary playwrights, screenwriters, and dramaturges from diverse backgrounds, this project reenvisions Shakespeare for the twenty-first century. These volumes make these works available for the first time in print—a new First Folio for a new era.
AUTHOR BIOGRAPHY
Yvette Nolan (Algonquin) is a playwright, director, dramaturg, actor, and educator from Saskatchewan, Canada. Nolan is an artistic associate at Signal Theatre.
TABLE OF CONTENTS