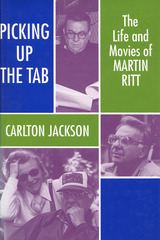 Martin Ritt has been hailed as the United States’s greatest maker of social films. From No Down Payment early in his career to Stanley and Iris, his last production, he delineated the nuances of American society. In between were other social statements such as Hud, Sounder, The Spy Who Came In From the Cold, Norma Rae, and The Great White Hope.